The United Nations Working Group on Arbitrary Detentions accepted a petition from Turkish PhD student Cihan Erdal as “urgent” and asked for a defense from Turkey about the student’s detention for the past seven months.

Arbitrary Detention and Academic Freedom: Broader Themes and the Case of Cihan Erdal

The detention of Carleton Sociology PhD student Cihan Erdal (along with dozens of others) on September 25, 2020 in Istanbul as he was starting to carry out his doctoral research in his home country has focused attention for many on the extensive use of arbitrary detention in Turkey and around the world and its use to muzzle academic inquiry.

This seminar brings 5 speakers to focus both on the broader context of arbitrary detention and its threat to academic freedom and the specific case of Cihan Erdal, who is going to trial on April 26th for reposting two public (and legal) posts on his Facebook page more than 5 years ago. 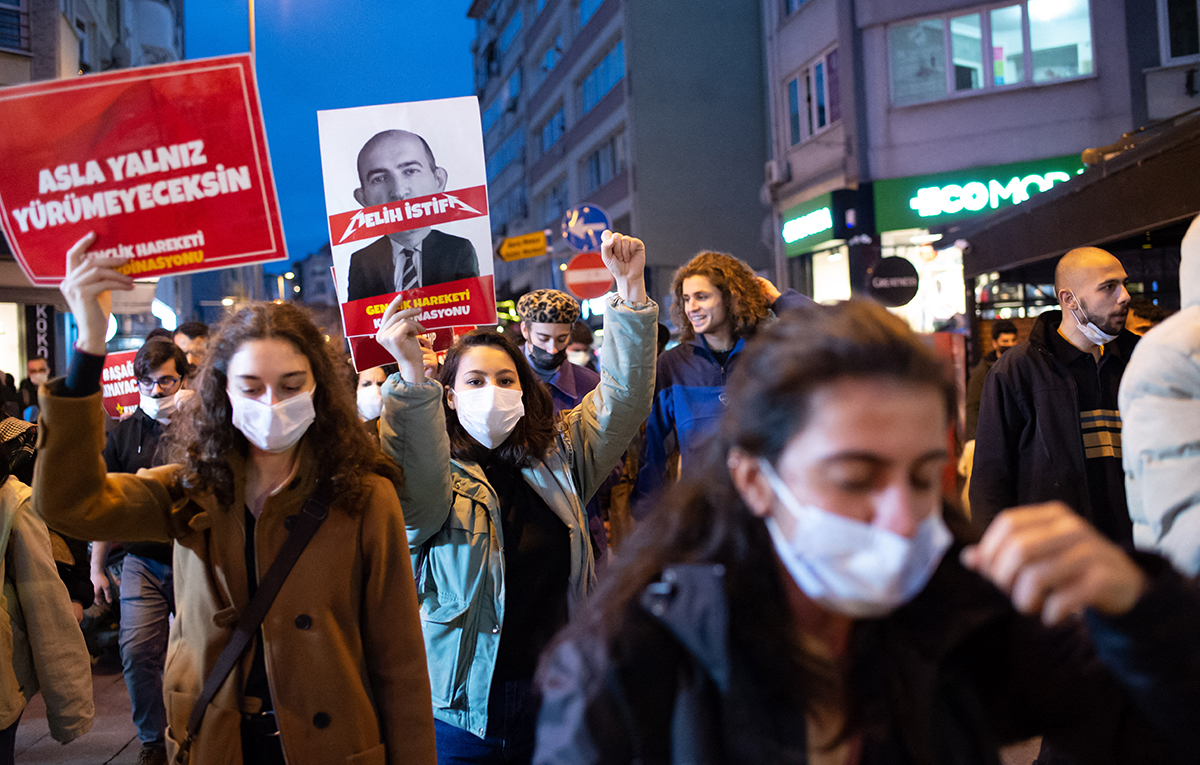 Cihan Erdal, a Carleton doctoral student detained in Turkey since his arrest by Turkish police in September, is set to stand trial on April 26.

Erdal was detained on Sept. 25, 2020, while conducting fieldwork for his doctoral research and visiting family in Turkey.

Paul Champ, Erdal’s lawyer, said Erdal is accused of inciting terror and violence related to social media posts from 2014 and 2015. During that time, Erdal was serving as a student member of the People’s Democratic Party (HDP) of Turkey, the country’s third-largest political party.

Turkish officials released an indictment in early January involving over 100 defendants which cited two Facebook posts made by Erdal as evidence that he had violated the unity and integrity of the state, Champ said.

In one of the posts, Erdal shared a link to a newspaper article about a man whose son was killed by Turkish forces in 2015, unrelated to the 2014 protests. The other post, which included a link to the People’s Party website, was made in September 2014.

In an open letter circulated in February, Erdal said that using the Facebook post as evidence “is not only a misdeed against [him] and [his] loved ones but also against Turkey’s future.”

Champ said Erdal is expected to stand trial with other defendants, as the Turkish government has been using similar tactics to charge other political opponents.

“Given that it’s such a complex matter involving so many different people, it’s really hard to say what the Turkish court will do,” Champ said.

The legal team has filed a complaint with the United Nations Working Group on Arbitrary Detention, stating that the charges against Erdal violate the International Covenant on Civil and Political Rights.

Omer Ongun, Erdal’s partner of 10 years, has been in contact with Erdal through his lawyers. Ongun said Erdal is “healthy, spiritually and physically” and was able to receive his books and school materials.

Ongun is currently working with the department of sociology and anthropology at Carleton to organize a conference on arbitrary detention and academic freedom, with a focus on Erdal’s case. Blair Rutherford, professor and chair of the department, told the Charlatan that the event is set for late March.

Ongun said he is hoping the conference brings attention to the academics, politicians, activists, and journalists imprisoned in Turkey whose human rights have been violated.

“Yes, I want to save Cihan but I also want to make sure that people understand and acknowledge that this is not only about Cihan,” Ongun said. “There [are] broader human rights implications to this.”

He also encouraged people to write a letter to their local members of Parliament and the Turkish Embassy. Ongun has also set up a GoFundMe fundraiser, which has raised $17,000 so far, to cover legal expenses and other supplies such as books and clothes for Erdal.

Steven Reid, Carleton’s media officer, said in an email that the university has “asked the Canadian government to send a consular official in order to send a clear message with respect to Canada’s position.”

Champ, who has been communicating with the Canadian government about Erdal’s case, said he is hoping Canada will issue a public statement to address the charges against Erdal and demand his release.

In his letter, Erdal said he is certain “that universal legal norms and values, and of course, love, solidarity and goodness” will prevail.